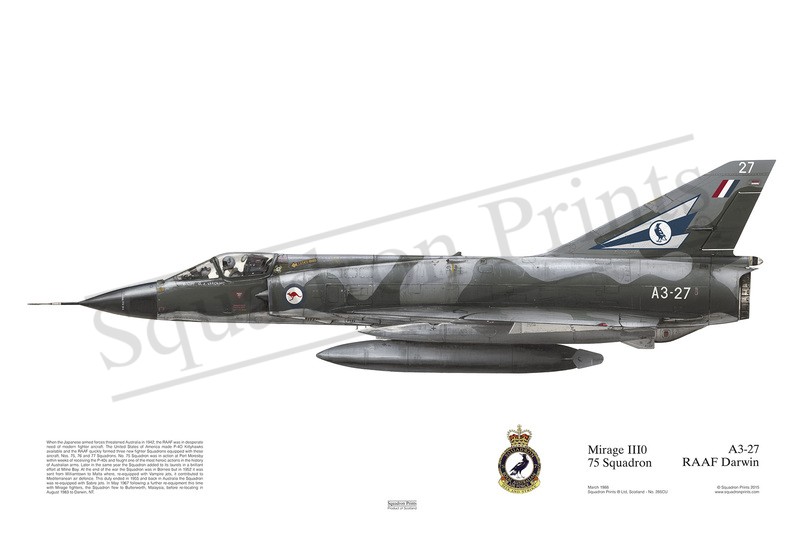 Squadron Prints Lithograph No. 285CU - Mirage IIIO, A3-27, 75 Squadron, RAAF Darwin. When the Japanese armed forces threatened Australia in 1942, the RAAF was in desperate need of modern fighter aircraft. The United States of America made P-4O Kittyhawks available and the RAAF quickly formed three new fighter Squadrons equipped with these aircraft, Nos. 75, 76 and 77 Squadrons. No. 75 Squadron was in action at Port Moresby within weeks of receiving the P-40s and fought one of the most heroic actions in the history of Australian arms. Later in the same year the Squadron added to its laurels in a brilliant effort at Milne Bay. At the end of the war the Squadron was in Borneo but in 1952 it was sent from Williamtown to Malta where, re-equipped with Vampire jets, it contributed to Mediterranean air defence. This duty ended in 1955 and back in Australia the Squadron was re-equipped with Sabre jets. In May 1967 following a further re-equipment this time with Mirage fighters, the Squadron flew to Butterworth, Malaysia, before re-locating in August 1983 to Darwin, NT.