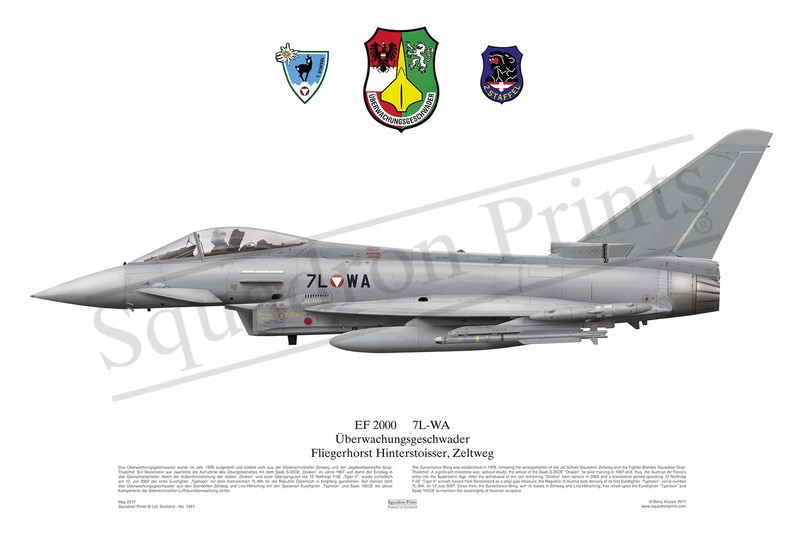 Squadron Prints Lithograph No. 1441 - 7L-WA, EF2000, Uberwachungsgeschwader, Fliegerhorst Hintertoisser, Zeltweg. The Surveillance Wing was established in 1976, following the amalgamation of the Jet School Squadron Zeltweg and the Fighter Bomber Squadron Graz-Thalerhof. A significant milestone was, without doubt, the arrival of the Saab S-35OE "Draken" for pilot training in 1987 and, thus, the Austrian Air Forceâ€™s entry into the Supersonic Age. After the withdrawal of the last remaining "Draken" from service in 2005 and a transitional period operating 12 Northrop F-5E "Tiger II" aircraft leased from Switzerland as a stop-gap measure, the Republic of Austria took delivery of its first Eurofighter "Typhoon", serial number 7L-WA, on 12 July 2007. Since then, the Surveillance Wing, with its bases in Zeltweg and Linz-Horsching, has relied upon the Eurofighter "Typhoon" and Saab 105OE to maintain the sovereignty of Austrian airspace.